There is no first attack in Karate

Head of JKS Edinburgh Robert Sensei started training in Edinburgh in 1987 at the age of 15 and has trained constantly ever since.  Focusing on technique and hard work as the main elements of his training and teaching has led Robert Sensei to teach throughout the world.

Though he has competed and captained the national kumite team in the past Robert Sensei is an exceptional kata exponent and now teaches these skills to his students and assistant instructors for both grading/personal development and competition.

Sensei Robert has helped an array of students of all different physical abilities attain their black belt and also beyond.

–  Category B Licence as a referee

–  Category B Licence as a judge 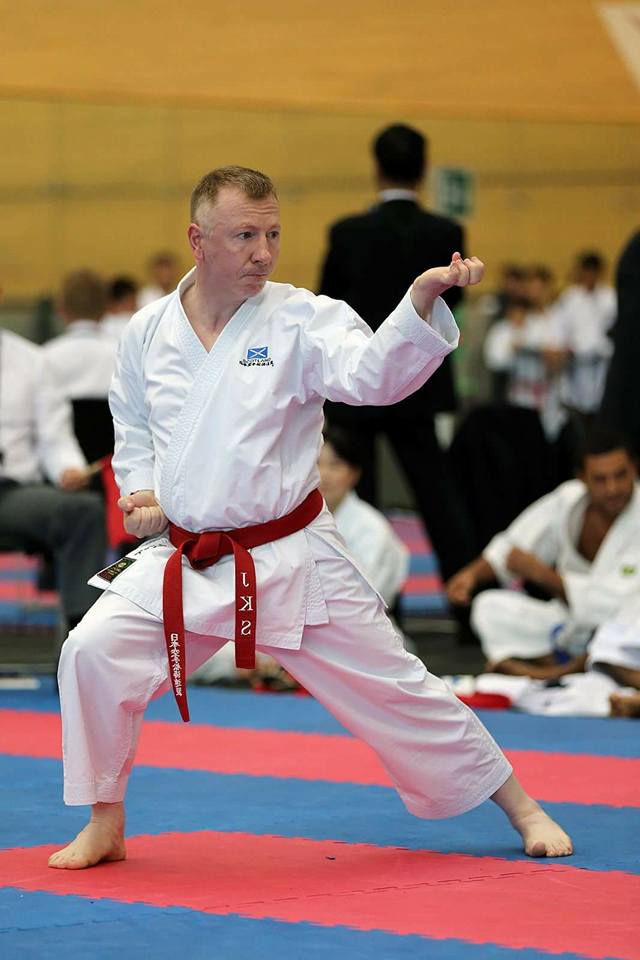 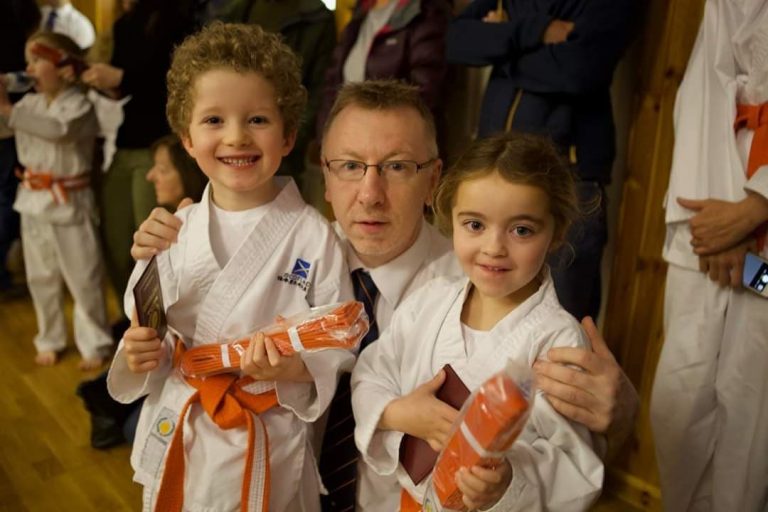 Previously a member of the JKS Scotland Squad, she has competed in Japan, Ireland and throughout the UK.

She has taken pride in establishing our Tigers program at JKS Edinburgh, successfully mentoring students from the ages of 4-6 years old and successfully preparing them for our main karate classes.

–  Winning gold in kumite during the 2016 JKS World Championships 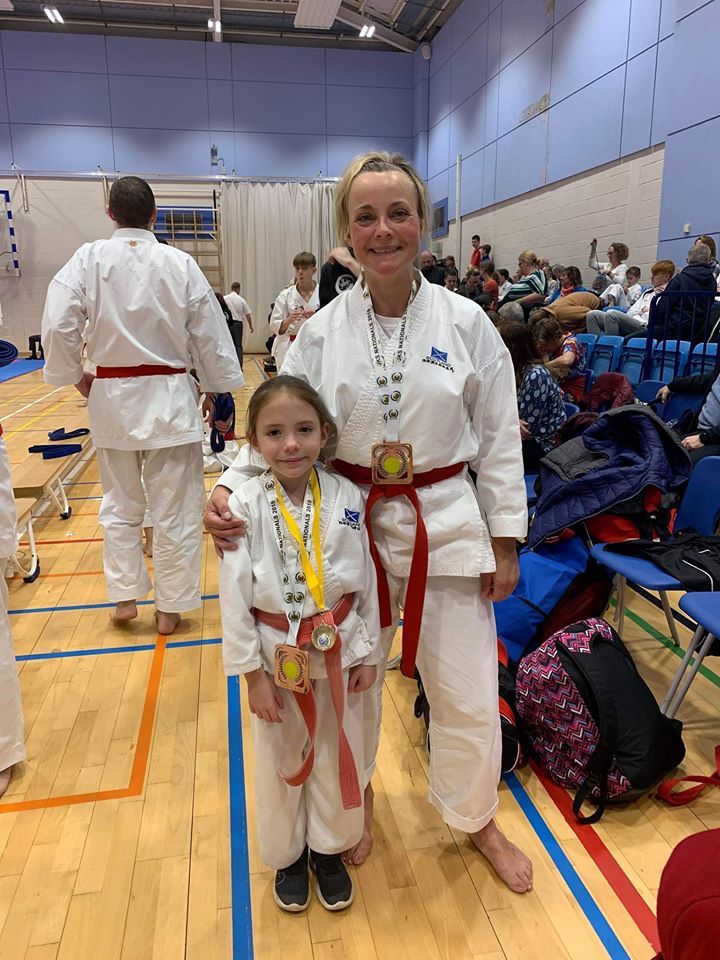 He attained his second dan in 2015 under Sensei Robert and later his third dan in 2019 under Kagawa Shihan (9th Dan JKS World Chief Instructor).

Like the other instructors he has trained with a variety of Japanese instructors form the JKS and has a keen interest in both technical and practical karate and defence situations and is able to draw on these to give different perspectives when teaching.

–  Training at the Honbu Dojo, Toyko as part of the annual JKS Scotland trip to Japan 2011. 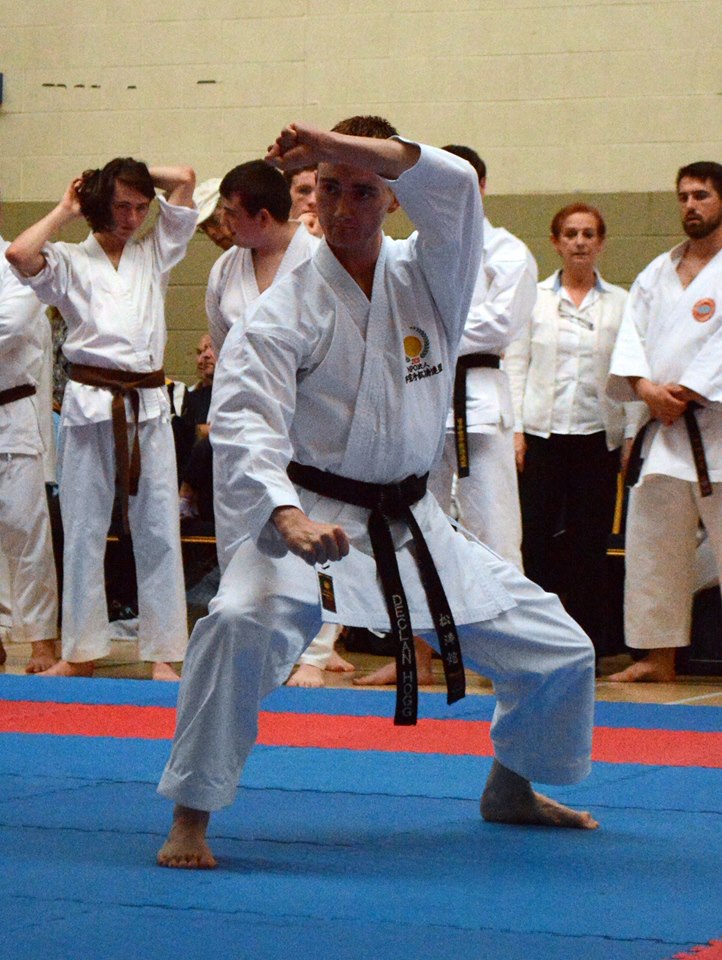 David Sensei started Karate at age of 12 in the Scottish Karate Academy, gaining his Shodan in 1997.

When he left for University, he took a long break from training fell in love with training again at JKS Edinburgh under the instruction of Robert Sensei.

He gained Nidan (2nd dan) under the JKS Scotland senior panel in March 2014 and has a wealth of experience which he uses to great effect when teaching, having taught both our Tigers and main classes. 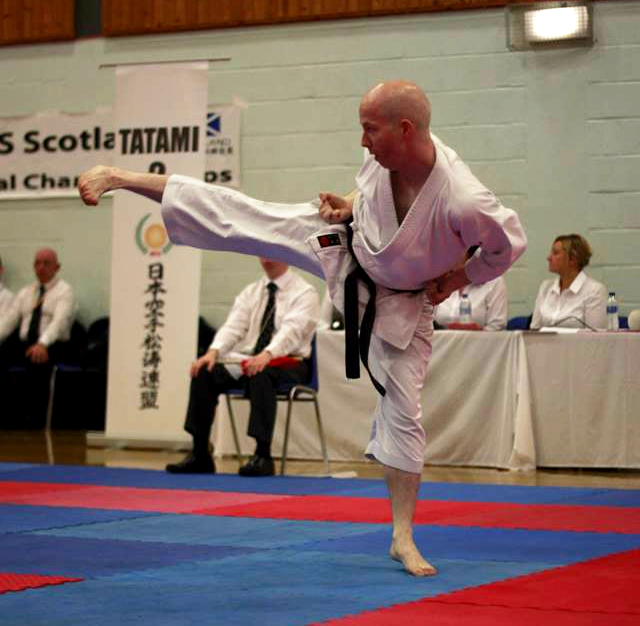